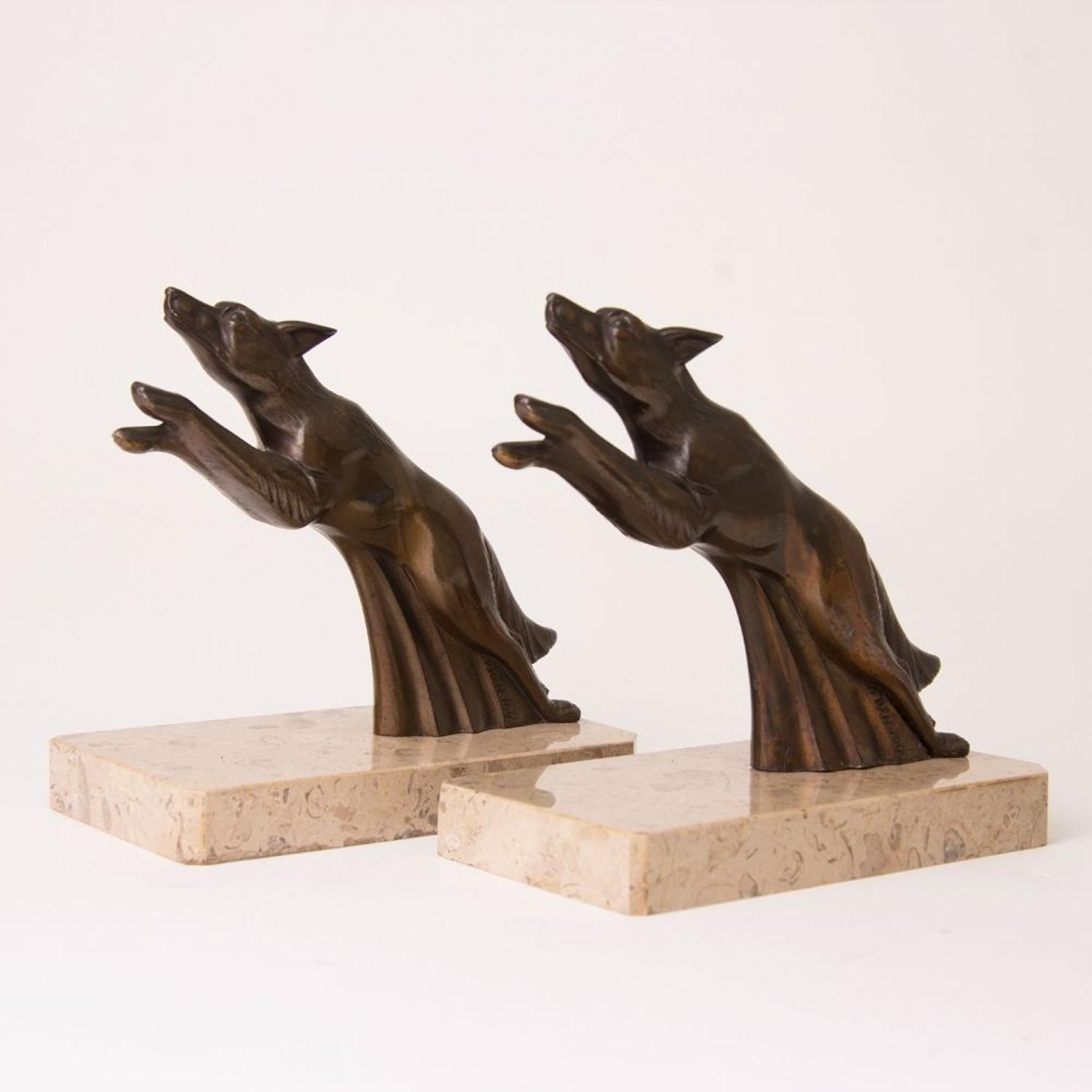 Beautiful set of bookends with jumping dogs that are made of zamac with a bronze coating on marble. 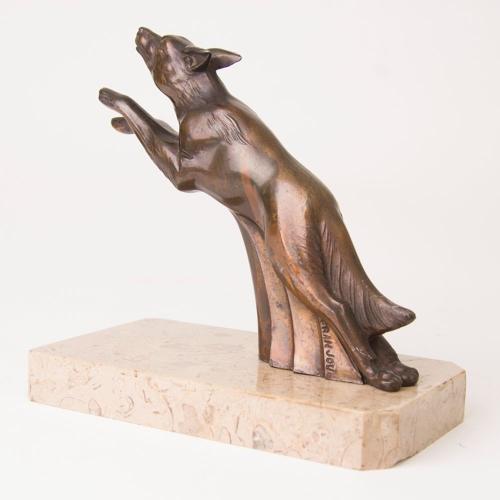 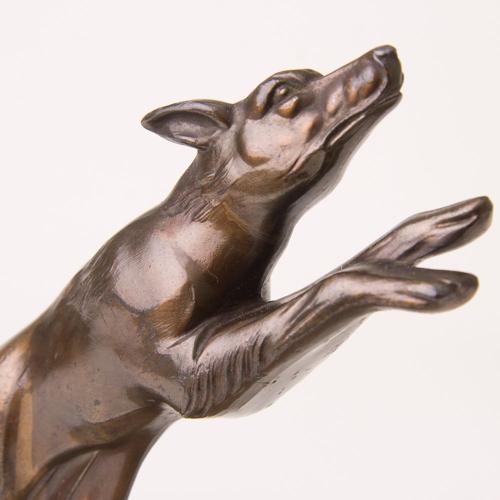 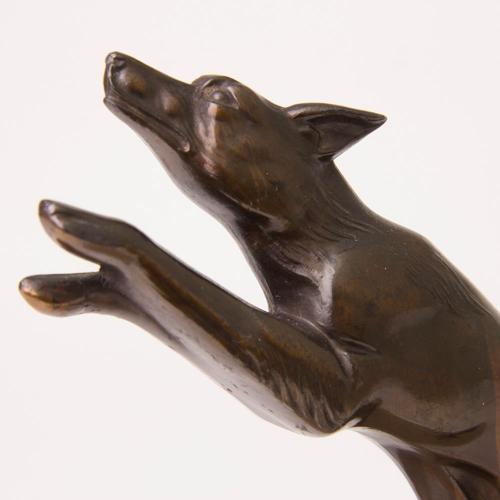 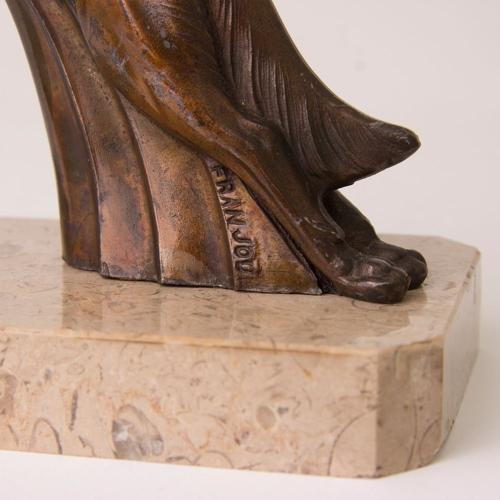 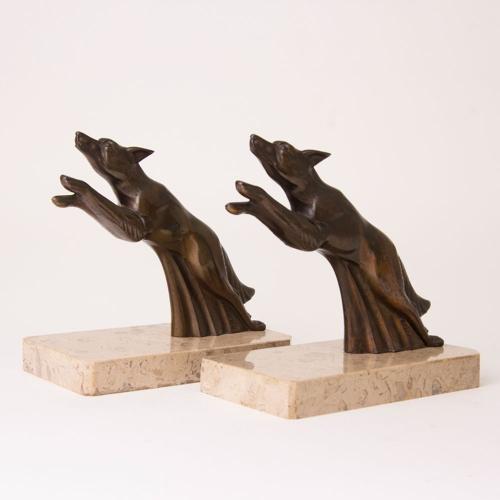